The training of pets, specifically dogs, is currently a controversial issue, since for many years there was a belief that the use of punishment collars was a good alternative when it came to training them to achieve good behavior. However, experience, good common sense and compassion show that no living being should learn under the mistreatment of the master, much less dogs, which are our best friends.

The punishment or training collar for dogs is a type of accessory that was created with the intention of causing pain, to avoid unwanted behavior, even causing terrible physical and psychological injuries, both in puppies and adults.

In this way, many people were persuaded with the idea that these accessories could achieve some positive result in dogs, either by recommendation of a friend, some television program and even by some dubious veterinarians, however, it is important It should be noted that the little or no efficacy of this training method has been proven, which is why in many places this practice is illegal, such as in Spain, Switzerland, Austria, Germany and England.

The most used punishment collars

Dog collars should be accessories used to identify the dog and to prevent it from escaping or getting lost, especially when you take it for a walk to places that could be dangerous for it. On the contrary, the manufacture and use of punishment collars is a brutal practice. Among these, the electric, barbed and strangulation ones stand out for their level of cruelty.

Spiked collars are made of metal, with sharp points to make contact with the dog’s neck, causing pain and even injuries when continuously pressed on the surface, since it contracts to compress the neck with sudden movements.

For their part, the electric collars are activated by the trainer using a remote control, generating electric shocks with different levels of intensity, but also, in some cases, they can be activated with the vibration of the throat when barking.

There are also choke or choke collars, which work like a rope that closes, without any limit on the dog’s neck, whether it tries to take a different direction from its owner or tries to go faster. It is made of metal and is designed to prevent the passage of oxygen while it is being pulled. 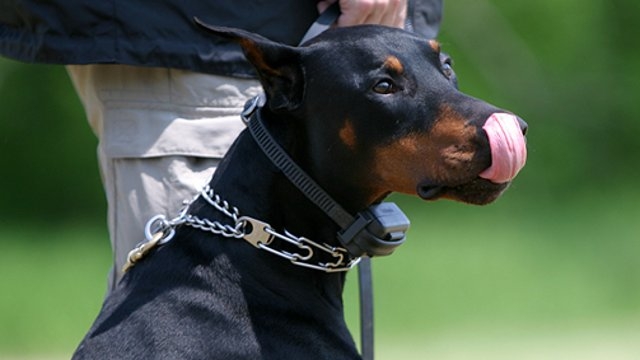 As has already been made clear, these types of collars are used to cruelly and unnecessarily punish dogs, but in addition, their effect on their behavior is not the desired one, since they are associated with an enormous negative charge and an increase in aggressive behavior, also generating stress and anxiety. Consequently, it brings physical, psychological and social behavior problems, but the most important thing is that in most cases the owners do not manage to modify the behavior of the animal in a positive way and, in the event that they manage to modify it, the price could be very tall

Among the physical consequences we can mention acute pain in the neck area, wounds, hair loss, cough, serious damage to the neck, injured thyroid, obstruction of the trachea, lymphatic system disorders, gradual loss of vision, ocular hypertension, poor blood circulation, cysts in the spinal cord, damage to the nervous system, among many other conditions.

As psychological consequences we can mention the fear caused by the use of these collars, because the dog would associate all negative situations with pain, which could lead him to believe that all people want to hurt him and will try to stay away. However, the worst of the psychological consequences can be the deterioration of the affective bond between the dog and the owner or whoever trains him, which can lead to severe depression.

On the other hand, the social consequences also affect their behavior and dogs are most likely to become aggressive towards their owner, people in their family circle, children and even unknown individuals, such as cyclists, dogs or any animal that they meet. I approached him In this way, it is necessary to insist that this type of collar does not solve behavioral problems, nor do they provide your pet with the necessary education so that it adapts to the rules of its environment. 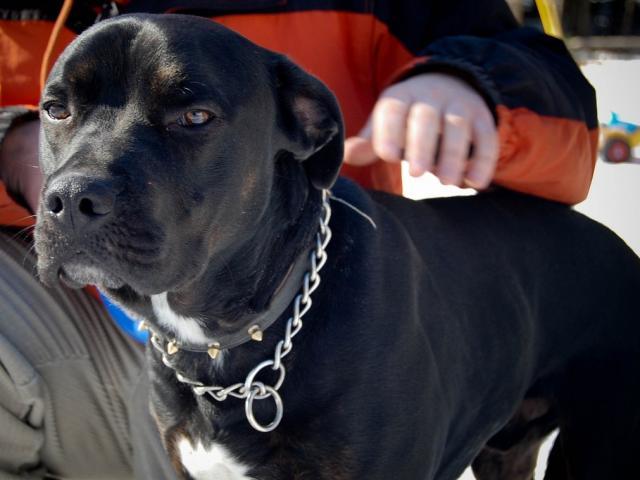 Effective forms of education and training for dogs

Currently, there are many alternatives for training dogs, which are much more positive and with which better results are obtained. In addition, they increase the possibility of solving behavioral problems that dogs may have, whether they are puppies or adults.

The first thing you should consider when you intend to educate or correct a dog’s behavior is to look for the origin of that behavior to find the most appropriate solution. In this sense, it is convenient to learn a little about his body language and behavior in different situations. In this way, the collar you wear will not cause pain and can only be used as a fashion accessory to identify you or as a control measure during walks.

In this sense, the best collar for dogs must meet some requirements, such as being made of soft but resistant materials that easily mold to the neck, such as nylon, cotton or leather. Likewise, it is good that it includes a plate with the pet’s data and a contact number. In addition, you must consider the size and weight of the collar, so that it is not too tight and does not tire the dog quickly, in this way, it will have greater freedom of movement.

However, there is another alternative that can be very useful and non-invasive, such as the harness, which is placed around the abdomen, chest and back, to cause minimal damage to those dogs that have a tendency to pull when they walk or have problems in the neck, spine and respiratory tract. 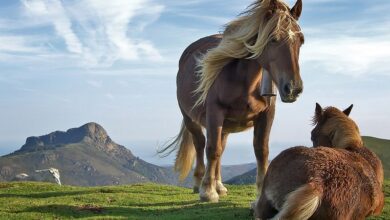 Are there still wild horses? 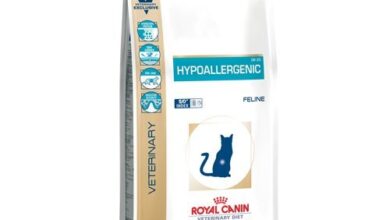 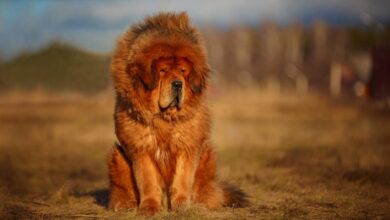 All about the Tibetan Mastiff breed