Trees are much more than oxygen producers, since they prevent soil erosion, combat air pollution and regulate the temperature around the house. For this reason, it is worth reviewing some evergreen species that can provide protection to the home throughout the year.

There are innumerable species and varieties of trees and shrubs in the world. For this reason, it is very difficult to mention them all; however, we can make some general classifications. For example, there are deciduous ones, which bloom periodically, and evergreen ones, that is, those that have permanent foliage. Also, there are those that bear fruit and those that do not bear fruit, this without counting the great variety of sizes that there are. In this opportunity we want to focus on some types of evergreen trees, which are generally planted for ornamental purposes, but at the same time can provide other benefits to the garden.

Among the fast-growing evergreen trees is the Cupressus sempervirens, better known as Cypress. It is native to the Mediterranean area and is widespread throughout Europe, because it resists frost, drought and even environmental pollution, providing its benefits for up to 500 years.

It is one of the evergreen shade trees, as it can be up to 30 m tall. For this reason, it is also very useful for building windbreak hedges around properties. It is characterized by its twigs with scale-shaped leaves 5 mm long, which is why, with its development, the cypress provides dense and compact foliage that is dark green but very vivid. 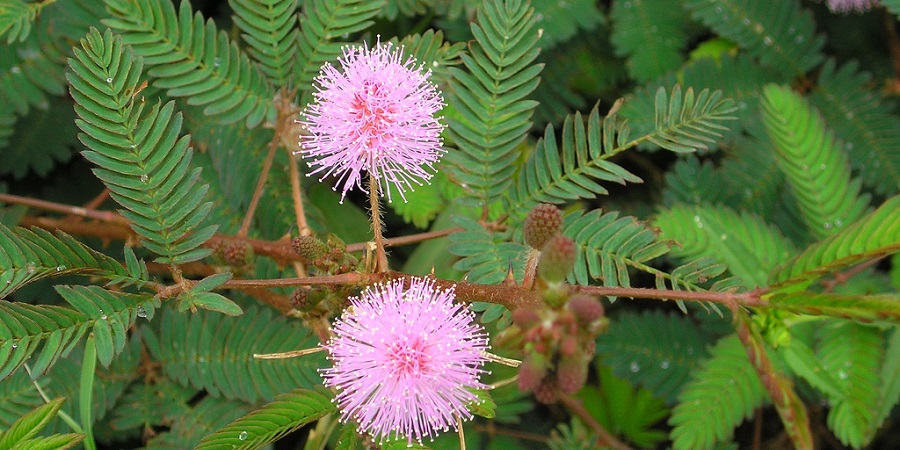 This is one of the most used fast-growing perennial shrubs by home and professional gardeners. Its scientific name is Acacia baileyana and it is used as an outdoor plant, thanks to the fact that it resists very well the changes in atmospheric conditions throughout the year. In this sense, this shrub can be completely exposed to the sun or in semi-shade and is capable of withstanding down to -10 °C in winter.

Mimosas are small trees, usually 3 to 5 m tall, although some specimens can reach a maximum length of 10 m, but these are exceptional cases. However, the most important thing about these shrubs is their gray-green foliage with 2 cm feather-shaped leaves, as well as their intense yellow flowers that begin to appear in late winter.

One of the most famous evergreen fruit trees in Europe is the olive tree, as its benefits have been recognized since ancient times. It stands out for the production of olives, which not only have a unique flavor and are used for hundreds of recipes, but also offer healing properties. In addition, one of the healthiest and most delicious oils in the world is extracted from them.

Its scientific name is Olea Europea and it is a slow-growing tree that can reach up to 10 m in height. As for its leaves, they have a leathery texture and a green to silvery appearance, which contrasts with its white flowers that are aromatic and grow in clusters. This is one of the most complete perennials for the garden, offering pleasing aesthetics, withstanding all seasons, and bearing rich fruit.

The scientific name of this species is Quercus suber. It is a medium-sized tree, reaching up to 25 meters in height. The cork oak is well known in the industry, thanks to the fact that cork is extracted from its bark, a material that has multiple applications. In addition, the leaves of cork oak trees have been used in alternative medicine as a natural anti-inflammatory, due to their high content of tannins.

On the other hand, the use of the cork oak in gardening is due to the fact that its leaves remain throughout the year, with a dark green upper side and a slightly lighter underside. However, it is not indicated for places with very harsh winters, since it does not withstand temperatures below 3 °C well. On the contrary, it prefers high temperatures from 18 to 40 °C.

Scientifically known as Ceratonia siliqua, the carob tree belongs to the group of legumes, since it provides pod-shaped fruits with which a widely used flour is made in Argentina and other parts of the world. Its leaves are between 10 and 20 cm long and dark green, while its flowers are red, small and without petals.

The carob tree does not measure more than 10 meters and although it is not part of the evergreen shrubs, it is a robust specimen, but it develops slowly, since it begins to produce fruits after seven years.

This is one of the most popular fast-growing trees in Northern Europe. Its main characteristic is that it can measure up to 40 m in height and its soft wood is widely used in industry. It is made up of a thick trunk with orange tones at the top, while the leaves are bluish and needle-shaped. In the scientific community it is known as Pinus sylvestris. 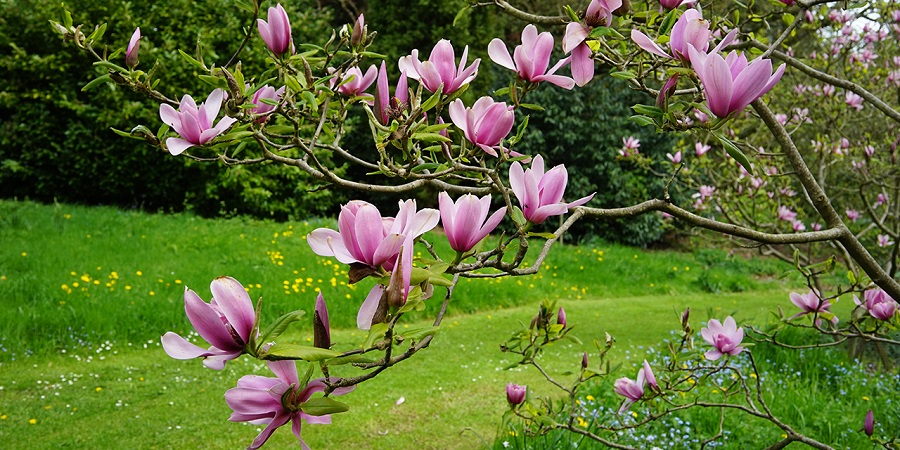 Magnolia grandiflora originates from North America, but is widely used in Spain for garden design. This plant has a pyramidal shape, has branches from the base and can reach up to 30 meters in height. However, it must be taken into account that it is a slow-growing species.

As with any tree, for a good development it is advisable to prepare the ground and use quality fertilizers when planting. In addition, you must keep pests and fungi that can cause diseases at bay depending on the species of the tree. As for domestic animals, if your garden is constantly being attacked by your neighbours’ pets, we recommend you purchase a more powerful dog repeller, since it is useless to have evergreen shrubs if the animals pull out their foliage. 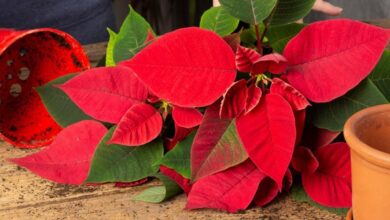 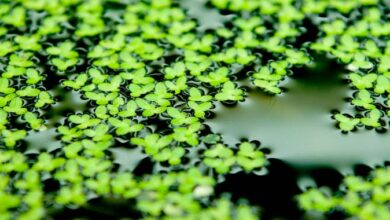 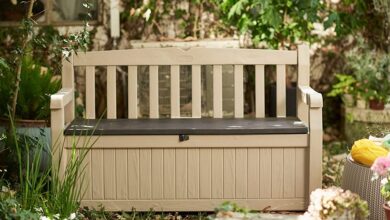 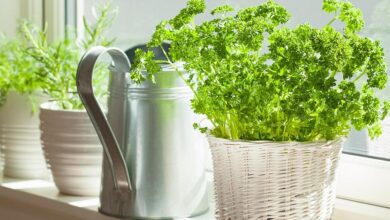