Among the benefits offered by this model, the innovative Jet system stands out, which increases the power to capture smoke and vapors from cooking, thus managing to retain odors in the suction area of ​​the hood, preventing them from returning to the the kitchen.

This extractor hood offers only two speeds, which can put it at a disadvantage compared to other more versatile models, since it does not have a low consumption level and little power to save energy.

Although it is not the cheapest of its type, it is priced according to its functions. In addition, it produces less noise than other extractor hoods, with a maximum of 66 dB.

It is good to remember that the operation of a hood is determined by its capacity for innovation, which is why it is important to highlight in this case the incorporation of the Jet system, since it is a technology developed by Mepamsa that adds additional value to the product as it allows for better performance.

The main objective of the innovative Mepamsa Jet system is to increase the extraction hood’s capture capacity, through air flows that contain the vapors coming from cooking food, to keep them in the suction area, preventing them from returning to your kitchen., therefore, the space will be clean for longer.

In other words, the vapors and odors generated by cooking food are guided by the same hood towards the extraction flow, thanks to the creation of an air curtain in the front area of ​​the appliance. In other words, it is a barrier against fat that works even at the lowest speed, for less energy expenditure.

The Jet system is also capable of increasing the efficiency of the device at low speeds, in addition to considerably reducing noise. In this way, we can say that in general terms it allows to increase the performance of the hood, since it offers greater extraction capacity without increasing energy expenditure, since it requires less power from the motor.

If we take into account the opinions of users on the Internet, we can infer that we are dealing with a next-generation product, which can be very useful at home, and also has an affordable price when compared to other similar extraction devices. Therefore, it is a good purchase option if you want to change your old hood or you want to have one for the first time. 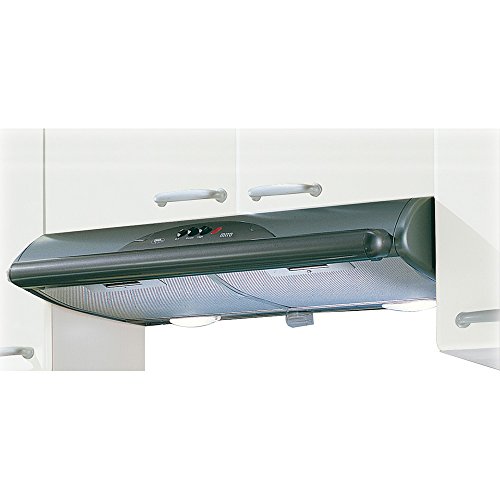 The absorption force of this device allows to eliminate a large part of the annoying odors of fish and other foods. In this case, it has a maximum suction capacity of 430 m3/h, therefore it is useful if the space measures approximately 10 to 15 square meters and is more than 2 m high, therefore it is recommended for large kitchens..

One of the most important benefits of this hood is that it allows you to control the power at two levels, one low and one high, so you can adapt it to the type of food you are cooking. For example, the first level is used for steam cooking with a small amount of oil, while the second is recommended for frying dough and vegetables, as well as for roasting meat, since these dishes generate greater fat combustion.

There will be no problem if your kitchen has little lighting, since this model incorporates 2 halogen bulbs of 28 W each, to project a good amount of light on the hob. In addition, they have been strategically placed towards the bottom of the hood, so as not to interrupt the work of the filters.

The grease filters have been manufactured in multilayer aluminium, for greater resistance to use and more durability over time. Likewise, they are designed in such a way that they are easy to place and remove to carry out the corresponding preventive maintenance, so that you do not have to hire a specialized technical service every time they need cleaning.

On the other hand, the Mepamsa Mito Jet 60 is one of the quietest, with an approximate noise of 66 dB, which is below the measurement of most extractor hoods. In this sense, you can use it at night without interrupting the sleep of the other members of the household.

If you are looking for the best extractor hood, you may want to consider this wall-mounted model, which combines new odor absorption technologies with the design of a traditional one. In addition, it has an elegant but at the same time sober appearance, with a gray finish, so that you can easily combine it with any decoration.

It has a special design that allows it to be used as a recirculation hood, if you do not have an evacuation outlet in the kitchen, but it has an optional outlet for a 12 cm diameter duct, so that you can adapt it to your needs. The advantage of recirculation is that it does not require large installations, however, through the duct it is possible to eliminate odors more effectively.

This is one of the most practical extractor hoods on the market, since it measures 60 x 50 x 12.9 cm, so it has been specially designed so that you can adapt it to the furniture you have in the kitchen. However, it is important to carry out a proper installation so that the hood is well fixed and can function properly.

Its structure has a rectangular shape and it has three buttons on the front area, one to turn on and another two for the speeds. It also has a red light to indicate when the hood is working. As if that were not enough, it incorporates a switch to activate the lighting system, so it is easy to use.

Another advantage of this hood is that it includes the accessories to carry out the assembly, so you will not have to incur any additional expense to use it immediately. In this sense, many have commented that it is a simple installation despite the weight of the device, however, it is recommended to request professional help in case of doubt. 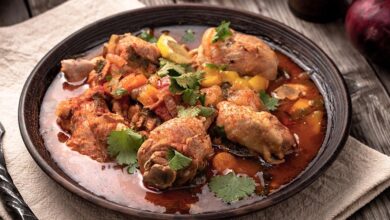 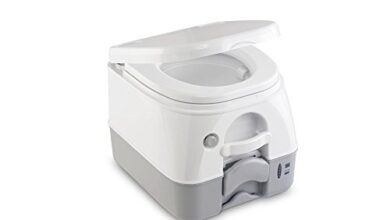