Among the positive aspects of acquiring this camera, the level of autonomy of its batteries stands out, which, depending on the time of use applied to each of the device’s working modes, could offer a useful life of two years.

Although with this camera you will enjoy live images, it is also true that you will only be able to capture on video the specific moments in which the sensor detects movement.

It is a discreet WiFi camera, which, thanks to its size and resistance to external agents, can be installed both indoors and outdoors, for effective monitoring of the environment.

The power supply method offered by the device to be purchased is a specification that we must pay attention to, as well as the autonomy of work that it has. Remember that if the built-in battery runs out quickly, we will have to make a constant investment buying spare parts, which is a waste of time and money.

In the case of the new generation of XT2 model WiFi cameras, we have that its developers have focused on providing you with optimal performance, without you having to worry about running out of battery in the middle of a recording or transmission.

For this, a pair of 1.5 watt AA lithium metal batteries were incorporated, which, although they are not rechargeable, will give you an average useful life of two years. Such autonomy is due to the low consumption made by the camera when it is in operation.

This represents a great advance in terms of safety, because it reduces equipment failures due to lack of power. In the same way, its efficiency is notably increased, at the same time that there is a reduction in the time spent on equipment maintenance tasks, especially if we compare it with other models on the market.

On the other hand, it should be noted that the duration of the energy accumulators could decrease a little, depending on the work mode that you use the most daily. However, by not exceeding the time recommended by the manufacturer in relation to the “motion recording”, “direct video” and “two-way audio” functions, you will obtain a fairly long autonomy, as we discussed earlier.

It is also recommended to adjust correctly in relation to brightness, lighting, exposure, focus, among other important aspects to obtain good recording and transmission, both indoors and outdoors without increasing energy consumption.

The security of our home comes first, so skimping on security devices would be the worst decision we could make. In this sense, having a WiFi camera is a very successful alternative, since it allows us to monitor the people who enter and leave our house, apartment or workplace. To do this, the equipment cannot be limited only to capturing a few seconds of a moving image, but also offer other operating modes that optimize its work and the results expected by the user.

A good example of this is the XT2 model developed by the Blink house, which, due to its effective and intuitive performance, has come to be considered by a large number of buyers as one of the best WiFi cameras.

Among the work modalities offered by this camera, we have the making of live videos. Likewise, you can download the “two-way audio” app designed by the brand to your tablet, computer or smartphone, so you can chat in real time with visitors for a few seconds.

In addition, with the “motion recording” mode, you have the possibility to customize specific areas for the detection of movement made by the sensors of the WiFi camera. In this way, you will receive the respective alert notifications on your device when unusual activity is detected in the monitored area.

You can also program a convenient “night vision” mode. Thus, you will obtain images, videos and live transmissions with a high definition of 1080 pixels 24 hours a day, so you will not have problems using the WiFi camera both during the day and at night. All this, thanks to the incorporation of infrared technology, which has a radiation with a greater length than that of visible light.

Those who have purchased Blink brand products are aware of the high level of manufacturing quality present in each of their designs, as well as the great practicality of programming and the competitive price offered in each model. Therefore, it is not surprising to find multiple positive opinions about your XT2 WiFi camera on the web.

Among the relevant aspects of this device we have its casing, which has been designed to be used both indoors and outdoors, without fear of any deterioration. This is due to compliance with international regulations on the degrees of protection applied to most electrical devices.

In this sense, the Blink XT2 camera incorporates an IP65 protection treatment, whose nomenclature means the level of resistance to external agents. In this case, number six refers to the effect of impermeability to dust particles, while number five indicates total isolation from water.

As far as the method of programming the equipment is concerned, you will not have any complications, since it is a fairly simple task. You just have to start by downloading the official Blink app to your smartphone or tablet, through the Apple Store or Google Play online store. For this, your device will have to have an operating system Android 5.0, iOS 10.3 or Fire OS 5.1.

Then, proceed to configure the region and email to carry out the respective synchronization. You will also need to add your account specific code by scanning the provided QR image. In this way, after 30 seconds, one indicator will light up on the camera and the other will start flashing until said encryption has been added. Then both lights will become stable. 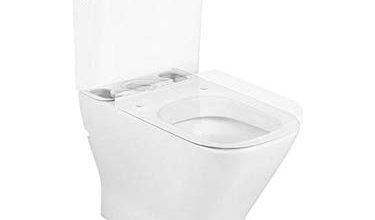 where the aluminum foil is pulled 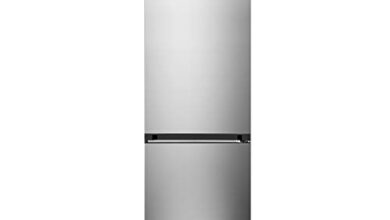