In addition to being designed exclusively for different makes and models of high-performance motorcycles, it is also indicated for all types of vehicles with a 4-stroke engine.

It is a semi-synthetic oil that, despite being of good quality, needs to be changed more frequently than a synthetic type. In addition, it could cause, in the future, harmful effects on the ecosystem.

It is a semi-synthetic 4-stroke oil, suitable for both motorcycles and all types of mopeds, rated among several types of motorcycle oils as one of the best, according to user opinions.

The Motul brand has been characterized for decades by its excellence in the design of technology to manufacture the best motorcycle oils. Among them is the 5000 10W40 oil, a semi-synthetic type lubricant, recommended for mopeds and others with four-stroke engines and integrated gearboxes.

These mainly include high-displacement motorcycles that, due to their great capacity to support greater mileage at high speeds, require superior performance and increased power, to allow the generation of starts, to keep the machine in constant displacement at a proper temperature and optimize clutch reaction to on-the-fly gear changes.

Motul also stands out for being a pioneer in technological progress to improve the quality of its lubricant products. In this case, Motul 5000 10W40 motorcycle oil proves this theory, since it has been equipped with the HC-TECH system, a technology that favors a significant reduction in oil consumption, which in turn represents savings for the user, while providing more durability to each of the internal moving parts of the engine and gearbox, as this HC-TECH technology provides greater resistance to oxidation. 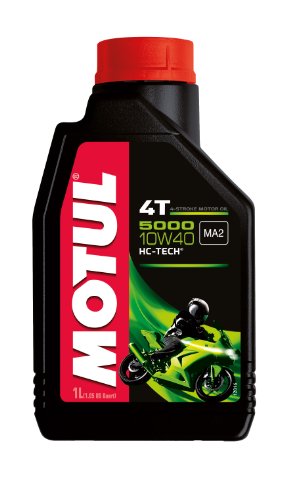 Motul 5000 10W40 motorcycle oil is made up of a mineral and synthetic blend, reinforced with a Hydrocracked base. Said system, in this type of oil, offers multiple advantages that translate into high quality results, which can be seen in a considerable optimization of the viscosity, which remains stable despite changes in temperature.

The stability of its viscosity favors that the starts can be carried out without the need to force the engine so much. This system also increases the ability to withstand the oxidation process.

Although Motul’s 5000 10W40 oil is considered by experts and users as a product that provides maximum efficiency and increases engine performance, its price is not that high, since, according to the opinions of those who have purchased it, it is a quality oil that can be obtained at a reasonable cost.

Similarly, the 10W40 type of viscosity of this Motul semi-synthetic oil also has a greater effect on the properties of the lubricant on the parts on which it acts, which, in turn, lengthens the oil change intervals, since which, being more durable, requires less frequent replacement, compared to other mineral-type oils.

Motul 5000 10W40 motorcycle oil has been carefully designed and manufactured to meet the demand of vehicles that use this type of lubricant in their four-stroke engines, including high-performance motorcycles, such as off-road, trials, touring, among other.

Different brands recognized worldwide for their history in the manufacture of high-performance motorcycles include, among the recommendations for their machines, this Motul semi-synthetic oil, as it complies with JASO MA2 and API SL standards and specifications. In addition, it has the characteristics, components and additives that this type of motorcycle needs to maintain and optimize the operation of its engines.

Motul 5000 10W40 oil stands out among the best motorcycle oils for its effective lubricating action, which guarantees maximum protection for the engine and all its parts, while also having the ability to prolong the useful life of the clutches. Similarly, among the advantages provided by this Motul oil, like other motorcycle oils of the renowned brand, this lubricant allows to keep an engine free of impurities and reduce its noise, by preventing the wear of the parts. In addition, it acts as a coolant, preventing the engine from overheating. 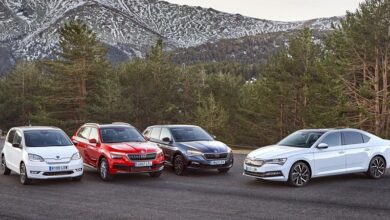 Eco cars that are sold in Spain 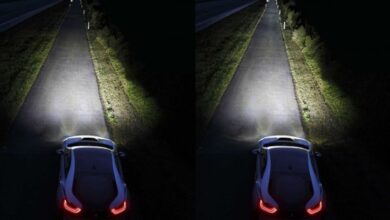 Which is better for circular, LED or halogen bulbs? 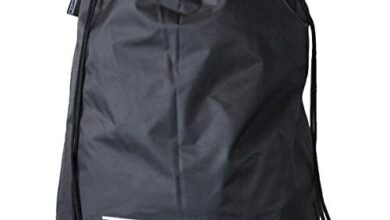 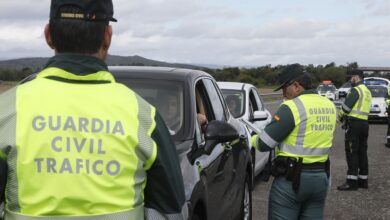 What year is the license plate on your car?