It is compatible with iOS and Android smartphones through the corresponding application, through which you can access a precise location, display all the information of a route and track it in real time.

Its operation is a bit impaired when used indoors and in closed places or where there is little network coverage, so it could display erroneous information.

It is a GPS car locator suitable for trucks or motorhomes, capable of tracking objects and people in real time with an accuracy of 5 meters of approximation, whose price is considered adequate for the type of operation it offers.

A characteristic that defines almost all car GPS locators is their installation mechanism, which does not require much effort or knowledge, but simply install the application corresponding to the brand and model on the mobile phone and place the device in the indicated place..

The Hangang GPS Tracker model also offers this advantage but, unlike other more common ones, it has a robust magnet that favors fixing it quickly and safely on any surface made of iron, with the Strong Magnet system, a device that also has strong enough to stick to the underside of the car quickly and effectively.

However, it is also necessary to previously install the application corresponding to this model on the mobile or enter its platform to obtain the details in real time, track, locate the position on the map and establish a delimitation or “Geo-Fence” to that the locator limits its movement within a specific area. In the event that a movement outside the delimited area is recorded, the locator will issue an alert by means of a message sent to the number indicated by the user. For this, the Hangang GPS Tracker car locator uses a GSM SIM card and works correctly only with a 2G network. 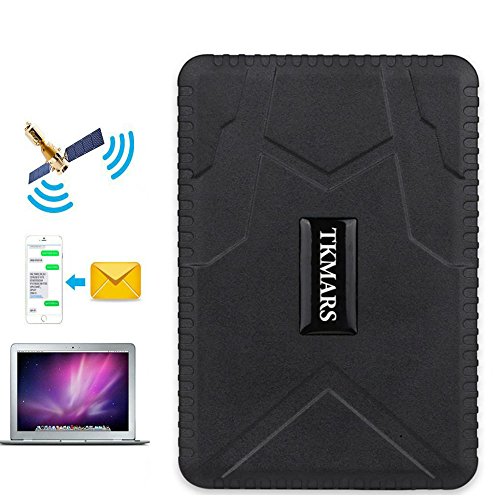 An outstanding feature that places this model among the best car GPS locators is its complete alarm system that works according to the preset configuration. This system has the ability to emit different types of sound under the various circumstances by which the locator is activated.

This quality offers the possibility of being alert to any movement or unusual behavior and distinguish its sound to act in a timely manner, depending on the situation. The alarm system includes a vibration alarm, in which the sensor is activated by perceiving a type of vibration, so the locator notifies the user by means of a message when a movement or agitation occurs in the car.

Another of the alarms it emits is activated when the vehicle exceeds the speed limit or is outside the established regulatory levels. The locator then sends a message to the phone to remind the user to drive safely. Similarly, it also has the ability to alert the vehicle owner when the device has been intentionally dislodged from its site. In addition to these alarms, it has a smart alert that notifies you when the device’s battery has decreased in charge.

The Hangang GPS Tracker locator is frequently part of the positive opinions of thousands of users, who share a similar perspective regarding the quality of the features provided by this product. Among these opinions, it is worth highlighting what refers to its operation, which is carried out in a simple way according to the configuration that is pre-established through the application for Android and iOS phones or through its platform.

Part of the functions that this equipment performs involves effective monitoring in real time and has the ability to locate the place with greater accuracy. To do this, it uses the GPS, LBS and A-GPS modes. In addition to its useful operation, the Hangang GPS Tracker locator also stands out for its solid construction, whose weight is less than 500 g.

The structure of the device is compact, with dimensions of 11 x 7.7 x 2.7 cm and is made of a strong and highly resistant material, so it is capable of withstanding even some possible knocks when falling from the car, and its compact and airtight design prevents the entry of dust particles that could hinder its operation. In the same way, this locator exhibits the IP58 protection rating, which indicates that it is a waterproof device, capable of withstanding rain or spilling some liquids on it, without affecting its performance. 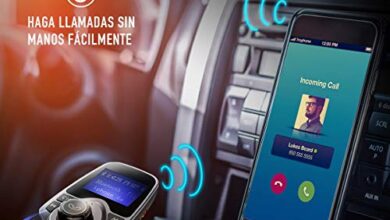 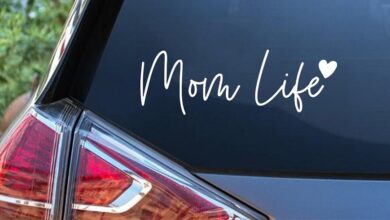 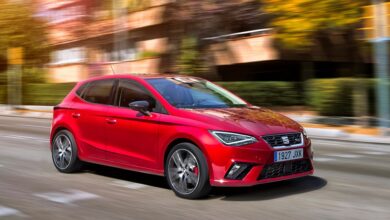 The best second-hand cars for less than 3,000 euros 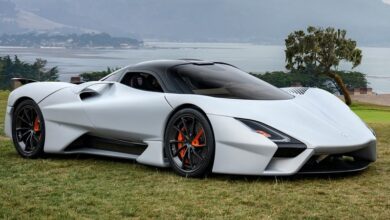 The fastest car in the world: SSC Tuatara