Located a few kilometers from the border between Morocco and Algeria is the desert of Merzouga. An area that has become a very interesting tourist destination for lovers of adventure and 4×4 routes.

One of the advantages of Morocco is the variety of its landscapes. So marked are they that it is possible to sleep in the desert one day and the next to do it in a cosmopolitan city like Marrakesh or Fez. And it is that the desert in Morocco is one of the most interesting attractions in the country, both for those who want to know a different environment and for adventure lovers.

For those who are wondering about things to see in Morocco, the Merzouga desert is an attractive and different proposal from the classic visits to the cities in the north of the country. Best of all, this area is suitable both for those who want to live the experience of crossing the desert in a 4×4 and for those who are simply looking for a different environment, where they can get to know cities other than those in the north of the country or move along the route. of nomadic peoples.

To get to Merzouga, Morocco, we have several options within our reach. One of them is to do it from Fez, taking a night bus to Rissani. From here we take a petit taxi (urban taxi) to Merzouga. It can also be reached by grand taxi (intercity taxi) from Rissani, Erfoud or Er Rachidia. For its part, from Marrakech you also have bus lines that reach this area.

In all cases, including those in which you travel with your own SUV, the route lasts about 8 or 9 hours from Fez and about 10 hours from Marrakech . In any case, the route is safe and it is done on the highway, so there is no risk of getting lost in the desert as long as you do not take an unsafe off-road.

As an alternative, there are several operators that offer you an excursion to the Merzouga desert from Marrakech or from Fez, giving you everything done and organized according to your preferences. 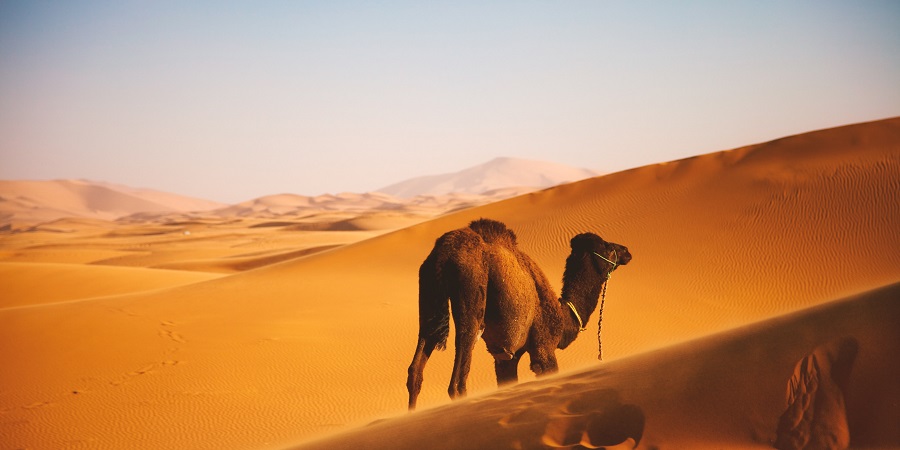 As can be expected from a desert, one of the main attractions of this area is related to adventure sports. There are many companies that offer you rental vehicles and predefined routes to have fun without problems. Among these vehicles are 4 × 4, quads, motorcycles or buggies. Obviously, it is also possible to travel the route in your own vehicle, although it never hurts to get proper advice to know where to drive. By the way, it is also possible to do these routes on a camel.

In all these cases, it is recommended to resort to guides or predefined routes. If not, you may miss some places, such as “the town of the Blacks”, the city of Orion or the Khol mines, among others.

Halfway between Merzouga and Taouz we find the town of the Negros , called Khamlia. This place barely has about 300 inhabitants, whose mixture of Berber, Arab and sub-Saharan tribe blood gives its inhabitants a much darker complexion than would be expected. This town is made up of the descendants of the numerous slaves who arrived through the Sahara, with whom the merchants traded until not too many years ago.

After spending many years as slaves, they ended up settling in this area, in a municipality that subsists mainly from agriculture and livestock. Its town is a point of interest for many travellers, both for its own cultural identity and for the curious origin of this settlement. 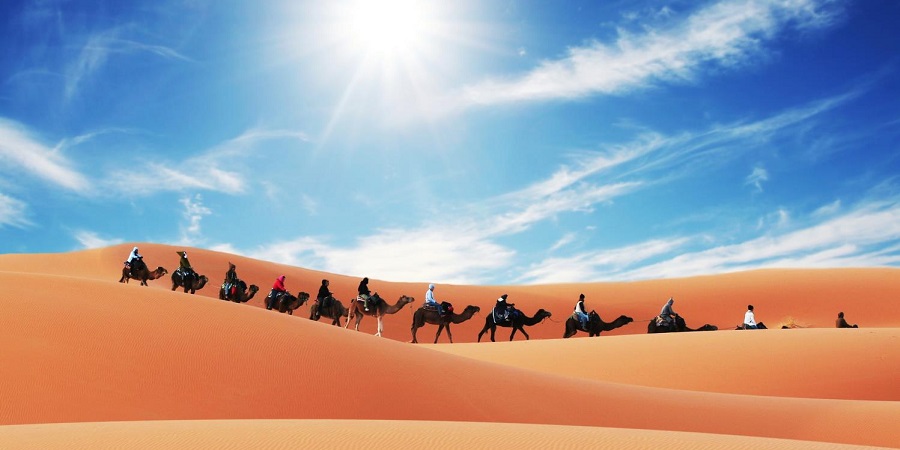 In addition to Khamlia, we also find the route of the nomadic peoples of Erg Chebbi . These towns are ideal for getting to know the desert at night, since, despite their modest construction, some of them offer lodging to travelers, either in tents or adobe buildings. These towns are made up of small population groups focused mainly on livestock as a means of subsistence.

However, with the arrival of new times, they have managed to maintain their lifestyle and offer a pleasant welcome to visitors. Without a doubt, it is a very interesting experience to get to know a different way of living the desert.

When to travel and what to bring

Since we are talking about a desert, it is obvious that the time of year is very important when visiting this area. However, despite being a desert area, the temperature in Merzouga during July and August hardly exceeds 40 degrees , so its climate is not much warmer than the one found in the south of Spain during this same period.

In any case, the most recommended time to travel is in the spring and autumn months, when temperatures are more pleasant. As an example, temperatures in May or September are around 34 degrees, staying around 30 in October and April.

Regarding what you should take, it is obvious that you should include a little of everything in your travel bag. It is necessary to wear fresh clothing during the day, including a hat, sunglasses and sunscreen. On the other hand, during the night it is advisable to wear some warm clothing, such as thermal clothing or the like. All of this is also adapted to where you are going to stay, since staying in a hotel is not the same as staying in a tent in the middle of the desert. 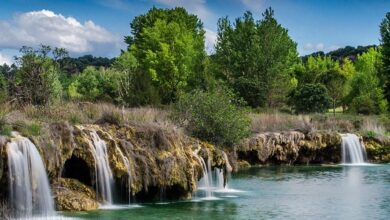 What to see in the Lagunas de Ruidera 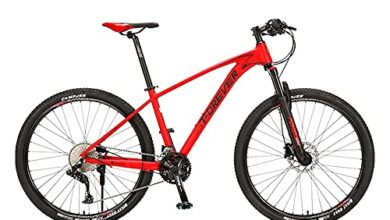 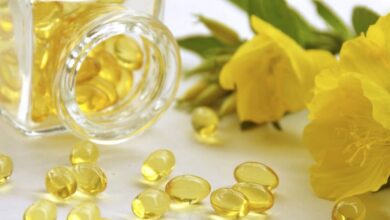 The 9 Best Evening Primrose Oils of 2022 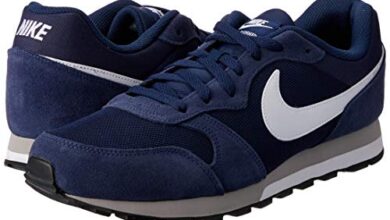