Using Nvidia’s G-Sync technology on cheaper AMD FreeSync compatible monitors is now possible. You simply have to enter the Nvidia Control Panel and make the necessary settings, a process that can take less than 5 minutes. In this way, you will enjoy an adaptive synchronization between the graphics card and the monitor you use, improving the performance of your gaming PC.

Before entering the main topic of this article, you should know what FreeSync is. As many know, graphics cards work with a certain speed in terms of frames per second (fps), this makes them better or worse for various games or applications. However, the fps provided by graphics cards will not be fully utilized if you are using a 60Hz monitor or less. The latter refers to the refresh rate in the images that the monitor or TV screen emits.

When this incompatibility between graphics card and monitor occurs, it is most likely that the image on the screen will show errors, for example, black or incomplete images. In other words, the graphics card sends an image that cannot be properly processed by the monitor. That means there is no proper timing.

That’s where FreeSync technology comes into play, which, as the word itself says, free synchronization. FreeSync is a technology that allows the graphics card to have correct synchronization with the monitor. Although this is not high-end, it will show the images of applications or video games with greater precision.

To have full control over when to send an image to the screen it is important to control the start and end of v-sync on each frame. She is known as V-Sync.

In other words, the goal of FreeSync is to give the GPU full control of when vertical sync starts.

It should be noted that FreeSync is the trade name given to VESA DISPLAYPORT ADAPTIVE-SYNC on AMD graphics cards. The VESA standard is very popular, due to its effectiveness and low price. Therefore, most manufacturers make monitors with such a sync technology.

Also, you should know that AMD FreeSync was developed as opposed to Nvidia’s G-Sync. We are not going to say that G-Sync does not work, but that it is a less practical technology, since, compared to FreeSync, few monitors have it. In addition, it is very common for these monitors to have a higher price, which affects your budget when you are putting together the best desktop computer for video editing or gaming.

For its part, AMD FreeSync works with any monitor that has an HDMI 2.0 port onwards. In the same way, it is compatible with monitors that have VESA Adaptive Sync technology, for what we have explained previously. In this sense, it is more likely that you have a FreeSync monitor at home. However, if you have a G-Sync monitor, your graphics card will also be able to control the synchronization of the images, without lags or black screens, you just need to have updated Nvidia drivers. 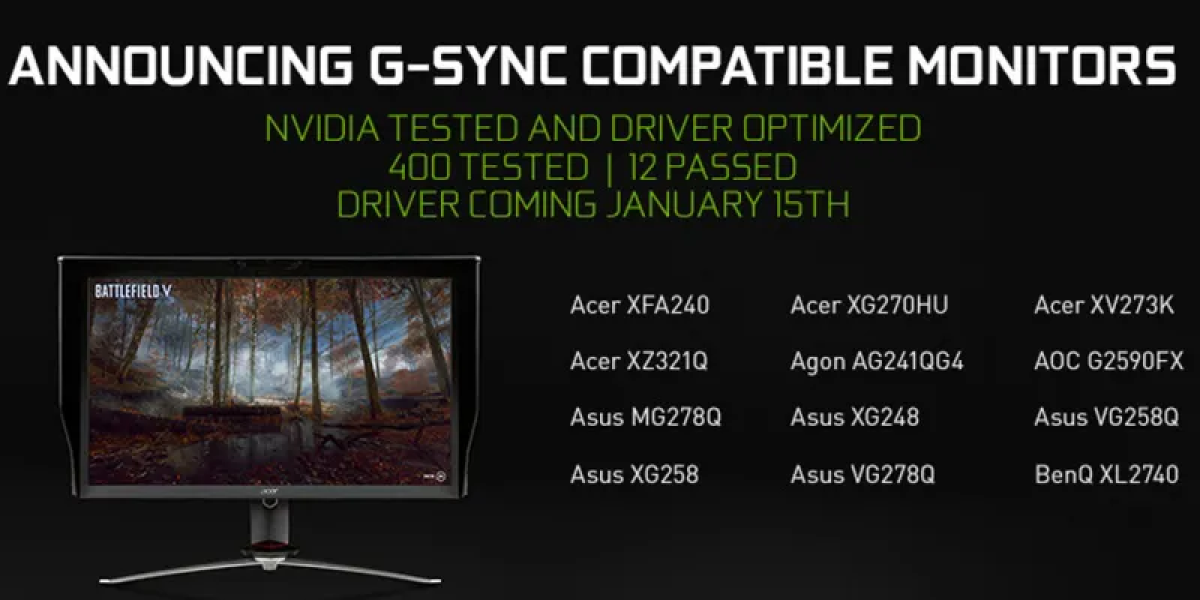 What you need to know before activating FreeSync with Nvidia

Many gamers have worried about this aspect, since Nvidia was not compatible with AMD FreeSync. Well, now we can enjoy FreeSync with our Nvidia graphics cards, we simply have to install the latest drivers from the official website. They come with several updates, among which the possibility of using FreeSync synchronization stands out.

But like many things in life, this has its drawbacks, since some screens can present incompatibility errors. The Nvidia Control Panel itself informs you, so that the changes made are made at your own risk. In practice, it means that you can be playing in the middle of a game when the synchronization fails and the images show lag and other errors.

That’s all because Nvidia’s V-Sync isn’t compatible with just any monitor. If you want better synchronization between graphics card and display, you need the latter to work directly with Nvidia G-Sync technology.

Also, before starting keep in mind that this task is done with the latest Nvidia drivers; you can download them on their official page. Likewise, we recommend that you connect the monitor through Displayport, because with HDMI it sometimes presents incompatibility.

In addition to this, you should know that this configuration process only works with the Nvidia GeForce 1000 series RTX and GTX cards. If you don’t have one of these graphics cards, you may not be able to enjoy FreeSync technology with Nvidia. Until vertical sync issues are resolved, some video games will have black, incomplete, or distorted images. 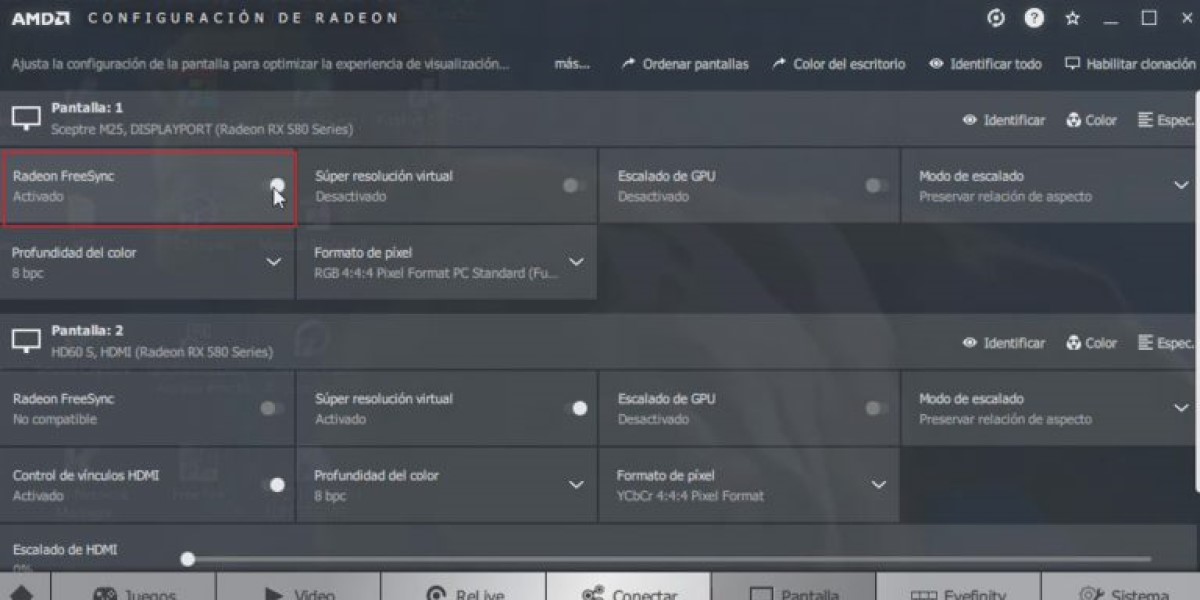 How to activate FreeSync with Nvidia in Windows 10?

Now yes, we explain how to activate FreeSync with an Nvidia graphics card. The first thing you need to do is open the Nvidia Control Panel in Windows 10. This can be done from the bottom bar of Windows, by right-clicking on the Nvidia icon and selecting Control Panel. When you are there you enter Configure G-Sync. Later, you activate the boxes Activate G-Sync and the one just below it (activate full screen mode). Also, choose the screen you want to sync, in case you have several connected. Finally, select the “Enable settings for the selected display model” checkbox.

Done, this way you can activate FreeSync with Nvidia, in case you do not have a monitor compatible with G-Sync.

Perhaps when performing a gaming test you will have problems, but the truth is that most games work well. With this setting, the graphics card will directly control the refresh rate used by the monitor, so you can enjoy a more realistic and immersive visual experience. That’s why, if you want an efficient gaming desktop or laptop (check out some options here), you should enable this feature. 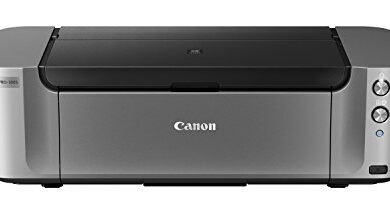 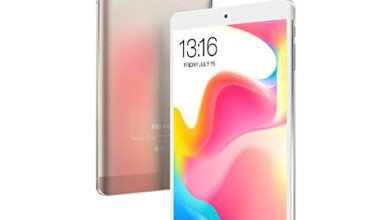 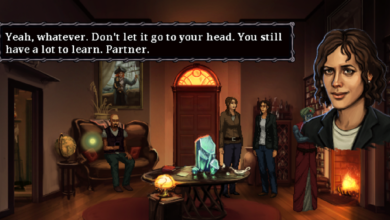 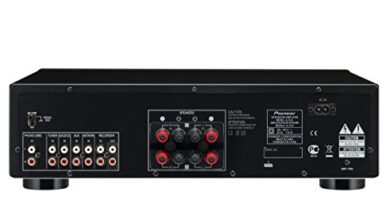