It has motion detection technology, with a high level of sensitivity to adjust it according to your preferences. In addition, it sends you a notification to your mobile immediately after capturing irregularities in the image, in this way, you will be able to have greater control over the security of your home or office.

Some users indicate that the image could be a bit slow while the camera makes movements of any kind, either up or down. However, the speed of the image is normalized at the end of the movement.

This camera offers a 360° view, allowing complete protection of the space. In addition, its resolution is 2 million pixels, thus providing a clear image, even at night.

It is one of the most modern and economic security cameras according to the opinions of some users, since it has an affordable price and has intelligent technology to facilitate its use. In this sense, it includes the innovative IPC360 application, compatible with IOS and Android operating systems, which allows you to control different cameras, access storage options, notifications, audio levels, image quality, among others. Also, you can move the camera view to the point you want to see.

One of the main functions of this camera is its intelligent motion detection, to capture actions in the image. Thanks to this, it is possible to monitor your baby, the dog and the entire house, it is only necessary to keep the application in the background on your mobile phone, so you can receive a notification in case of any irregularity. In addition, when detecting movement, it automatically stores the video in the cloud for added functionality.

Also, the application allows you to create a personal account to restrict access to the system, in this way you can feel more secure when storing and recording the material. In this sense, you should know that the content stored on the memory card has unique encryption technology, which means that no one can see the information on the card, even in the event of theft.

It is an IP camera, which means that it can be connected to a computer to transmit and store video in high definition. For this reason, it is important to note that it works through a stable 2.4 GHz WiFi connection, which is easy to configure through the mobile application.

Its audio system is bidirectional and in turn is integrated by a 38 dB microphone, which gives you greater clarity in sound. In this sense, you only need to turn on the volume in the application and activate the ringtone, in this way you can talk to your family and friends from another room in the house. 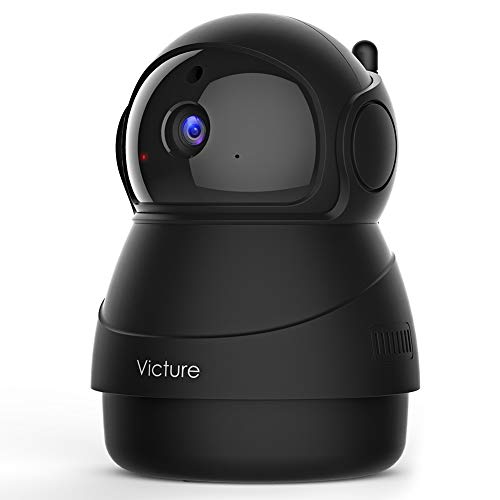 This is the best security camera according to some users, as it is capable of recording video with 1080p resolution and Full HD quality, without distorting the image in any way. This is due to its distortion correction technology, which offers the correct angles and a clear view of the space.

It has a 90° wide-angle lens capable of rotating up to 355° horizontally and 100° vertically, which translates into a 360 vision without blind spots, so you can see and record everything you want.

As if that were not enough, it has night vision with IR LEDs, capable of producing spectrum light to monitor your home or office even at night. This system is made up of 10 high-power IR LED beads, which can achieve a wavelength of up to 850 nm, in this way, it can extend the field of view up to approximately 10 m for greater efficiency and protection.

It is capable of achieving optimal facial recognition in spaces with little or no lighting. Similarly, IR LEDs are not indicated to transmit direct light, so it will not cause light pollution or disturb the sleep of your relatives or neighbors.

It is a compact and portable surveillance camera, which has a size of only 93 mm x 114.5 mm and is light, so you can place it in any room of the house or office easily and without drawing too much attention. Its structure is made up of two balls, a large lower one that forms the base and a smaller upper one that integrates the lens.

Above the camera is the photoresistor or photoconductor sensor, whose resistance is capable of decreasing with the increase in incident light, which means that this model responds adequately to changes in lighting that may occur in the environment.

Infrared light is incognito under the lens and is indicated to make night vision work. A few millimeters from it, there is the microphone on the right side and an operation indicator light on the left side, the latter is activated automatically during the configuration of the device.

By moving the camera up, we can see that it has a reset button, indicated to program the device again, whether we want to install it in another space or format it to its factory settings. As if that were not enough, under this button, it incorporates an SD slot, which provides compatibility with micro SD cards from 8 GB to 64 GB, in this way, it is capable of storing the video in a removable memory in case of losing the WiFi connection.

On the other hand, it includes a horizontal tilt device, suitable for positioning the camera according to your needs and space availability. In addition, it has 2 screws, a 1.4 m power cable and a user manual, in this way you can carry out an installation easily and quickly without the need for professional help, since you will have at your disposal the step by step of what that you must do for its installation, from the registration in the application to the activation of the camera. 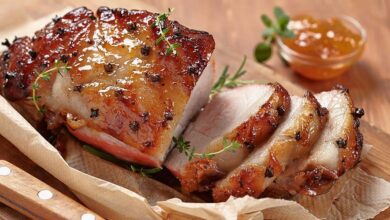 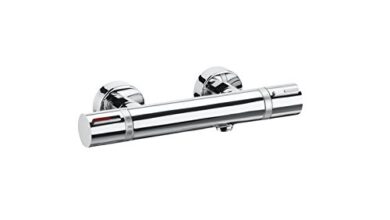 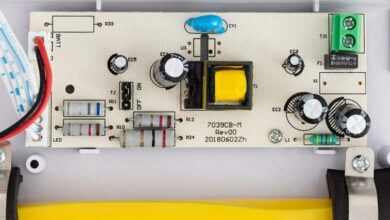 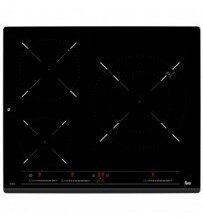